A downloadable game for Windows

INFO: ambient sound does not loop :(

Don't you hate it when ghosts from another dimension always try to CONNECT with you in the middle of the night for a scavenger hunt? So does Josie! Help her get through the graveyard and find the ghost's hideouts. But be careful, you're not the only ones playing there tonight...

HOW TO WIN
Avoid enemies and find all 3 locations to complete the game! (Hints below if you are stuck)

Thank you for playing our game!

DON'T READ PAST THIS IF YOU DON'T WANT SPOILERS
Lonely Grave Behind the Church
- Hill's End , Hidden Grave, Church Behind, Family's Disgrace

Bench next to the Lake past the Monument
- Water's Deep, Traveler's Halt, Sit!, Fish Place

Behind Crypt with "No Escape" written on it (Right of the  Monument)
- Last Words, No Escape, Wealthy Rest, Eternal Sleep

Download the zip file, unpack it and open the ShadowPlay.exe file

Played your game in an indie romp I did, I hope you enjoy it. The design was pretty adorable. It's the last game I played

Holy! Thanks for that awesome video and for playing our game :)!

ps: I needed the spoilers lol

Thank you very much for playing out game and the nice feedback ! Yes, one thing we noticed is that we never pay to much attention to sound and we will try to change this for future games :).

Well, count on me if you need a musician next time. I'm a music producer and sound designer  :P

The game was very cute and I really like the intro. The tutorial area could use a bit more fine tuning and I think I ran into a glitch where if I died while getting a clue, I could still move.

Anywho, here's my channel for other games I have played. http://www.youtube.com/c/Levont

thank you very much for playing our game!!! We hadn't encountered this bug before, but we'll definitely look into it, thank you!

It was a bit difficult to grok, initially.  I was expecting that all three hiding spots would be available at once, but it turned out that they were sequential (one at a time).  It was interesting to play, and the art style and lighting really made the world pop.

Thank you a lot for the feedback! We will definitely improve on the tutorial area to make it clearer! :) Glad you liked it.

This game is really good! The art is beautiful, the sound is great and it all comes together in a charming nighttime atmosphere! The premise is interesting and for a jam game a surprising amount of content is to be found here. The tutorial did its best, however I personally still struggeled slightly on what to do exactly. But, after I finally figured out that it wasn't just flavour text when I started the proper game, but a hint on where I had to go, the game became really fun! The reapers keep you on your toes just long enough so that you're not able to let your guard down, but not so much that itll keep you from exploring for too long. The only slight issue I had (apart from me not getting the tutorial for a second) was that the hints on where to go disappear a little bit too fast. Its not really an issue as long as you're prepared, but if I was able to change one thing about this game, it would be that those hints wouldn't disappear quite so quickly. But those hints were quite good, not directly giving it away, but still giving you some ideas on where to go. There is an additional hint system, however I found myself not really using it as it didn't seem like there was any urgency to do so. Maybe a highscoretimer or something would get people to use it more, however it would probably take a lot away from the really nice, chill atmosphere. Overall, a really solid game!

Wow this is really great feedback! Thank you very much for it! We will be working on this game for a little longer and extend it with things we did not manage during the jam and we will also improve on the points give to us via feedback like yours which helps us a lot in creating a better experience for all players! Thanks again :) 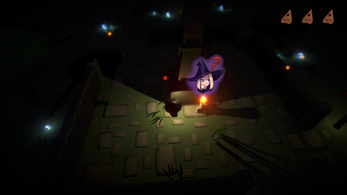 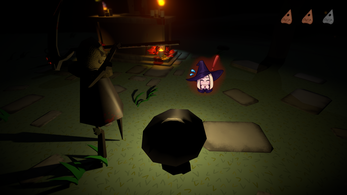 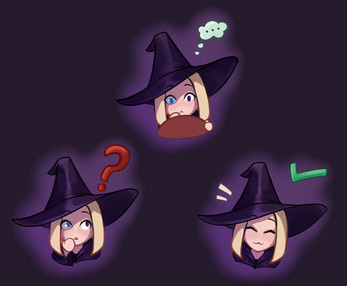 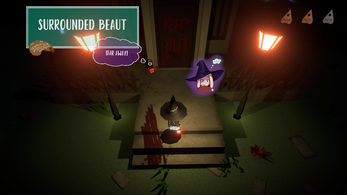 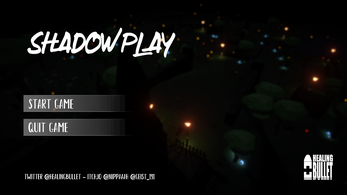